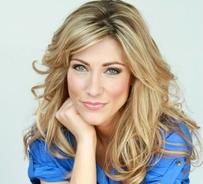 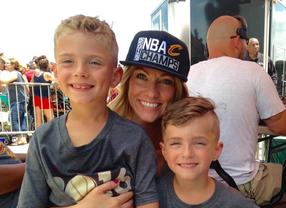 Due to her love for fashion both on and off the court, Nicole recently fulfilled a lifelong dream by opening Bleu Chic Boutique. Bleu Chic is an online store featuring trendy, fashion-forward items that are cute, fun and affordable.

Nicole was born and raised in Northeast Ohio and has always dreamed of working in the broadcast industry. She has worked professionally as a news anchor, entertainment and general assignment reporter, and as a sports reporter.

A natural not only in the front of the camera but in front of live audiences as well, you may recognize her as one of the in-arena announcers for the 2016 NBA Champion Cleveland Cavaliers, as a host on the Cleveland Browns 5th Quarter show and as a correspondent on the nationally syndicated Designing Spaces program.
Her diverse background, vibrant personality and passion for tackling new adventures have allowed her to be featured in national television and radio commercials including NIKE, corporate videos and musical theater productions.